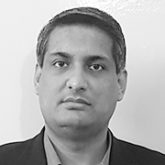 Mr. Mohammad Qasim Qureshi is an advocate by profession and is presently working as a Partner at Azam Chaudhry Law Associates (ACLA). He completed his LL.B (Honours) (External Programme) of the University of London, UK at Islamabad School of Law, Islamabad, Pakistan and then undertook the Bar Vocational Course (BVC) from the then Inns of Court School of Law, City University, UK. He was called to the Bar of England and Wales by The Honourable Society of Lincoln’s Inn in November 2002.

Apart from working at ACLA, he was also – from June 2006 to October 2012 – the Chief Executive at Asian Institute of Trade and Development (AITD), a non-governmental organization working on International Trade Rules and WTO laws in Pakistan. He has represented AITD in various conferences in Pakistan, Nepal, India and Thailand.

In 2008, he completed his dissertation titled “WTO Laws and Pakistan” and obtained the LLM degree from the University of Huddersfield, UK. In 2009, he was admitted to the Roll of Solicitors of the Law Society of England and Wales after successfully completing the Qualified Lawyers Transfer Test.

In the past he has also been involved with the British Council Advocacy Training Programme (Pakistan), the Barristers Forum (Pakistan), the Amnesty International (UK) and the Amicus (UK). He also served as the Company Secretary for the Funds for the Inclusion of People with Disabilities (FIPD) from March 2008 to September 2012.

He also teaches Jurisprudence at Islamabad School of Law (ISL), the school he represented at the Presidential Classroom (Future World Leaders Summit) at Washington. DC. in June/July 1999.