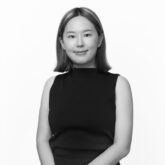 Victoria graduated with a Bachelor of Laws with Honours in Law, Upper Second Class, from the University of Exeter, where she achieved second highest in the cohort for the module called corporate social responsibility and the law.

Victoria was admitted as an advocate and solicitor to the Singapore Bar. She started her legal career in a telecommunications conglomerate, where she negotiated, drafted, and reviewed procurement contracts in the group network procurement and indirect procurement departments.

Victoria practises corporate, commercial, employment, and data protection legal work, including but not limited to venture capital and mergers and acquisitions. She currently works on the Japan Desk.

Victoria participated in a micro-financing trip to Africa before co-founding Global Brigades Exeter, which is part of an international sustainable development organisation that provides, among other things, legal, and financial services to developing countries, in the United Kingdom, where she briefly served as its vice-president.